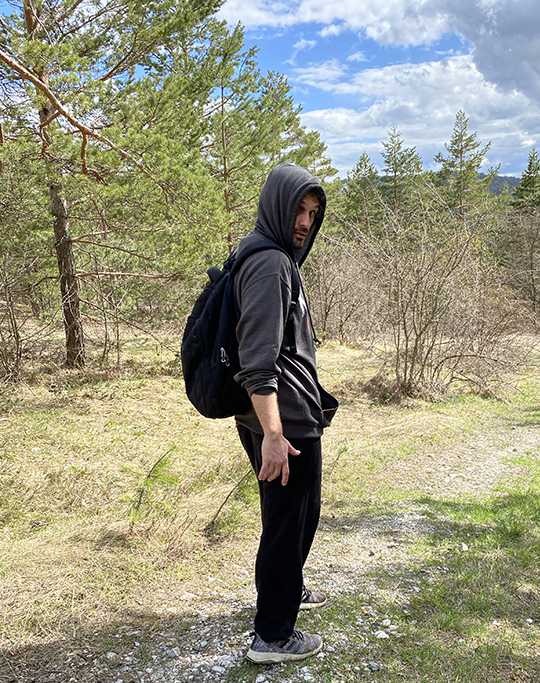 Finally I decided to take a day off. Was grinding hard lately playing both online and live poker games. My focus seems to be off and my stress level was pretty high. One of the hobbies I wanted to pursue is hiking in the mountains. I decided to take 1 day off every week and spend it in the nature far from city noises and computer. Since I am beginner and have no much previous experience  I followed online maps and directions to reach good hiking points. First week I went to east Serbia now I went to Divcibare and Maljen mountain near city of Valjevo.

I was  accompanied by my best friend Bojana. She was also into lot of work and other stress lately so day in the nature seems like a good idea. Since we both live in Belgrade we had to drive around 2h to center of Divcibare mountain. This part is a famous tourist attraction and there are many hotels, restaurants and cottages where people come for weekends and vacations. No real nature and wildness with so many people around so we followed some old mountain climbers marks and found a path deep into Maljen ( highest top at mountain Divcibare).

Road was easy to follow and not very challenging.  There were few small cottages in the forest on the way and we meet few other people wandering in the woods. We followed the road for about 1 hour until we went at low point next to the small creek. I always loved the the sound of water . Very smooth and relaxing. We enjoyed calm sound of forest and smell of pine trees but I felt kinda disappointed about hiking in the mountains thing . Seems to easy like I can go for hours. Until we started going up the mountain without much of the road. Only following the red marks on the trees.

From this point on we went up to the plateau called “Kraljev sto”(King’s table). This was actually pretty tough. We were going about 2 hours up the hill on hard ground. When we reached the top we were both pretty tired and heavy breathing. On this point there were some military radars . They were destroyed during the war with NATO 1999. Two soldiers were killed and afterwards  small monument was made to honor them.

Next to the monument there is a small but beautiful church made also to honor soldiers who died protecting their country. By the looks of it seems locals are taking good care of the place and memory of the fallen soldiers.

This place is named long ago during medieval history of Serbia. Name Kings Table is connected with famous ruler of Serbia tsar (emperor) Dusan.  He was in war with Hungary at the moment and because this place was highest point at the mountain Maljen he stayed there and watched the battle happening in the valley until the messenger brought him news of victory. After the battle locals named the place Kings table in honor of ruler Dusan (who was stil king at the moment). More info at kraljevsto.com

After we reached the plateau road continues much easier. Nature is beautiful and we rarely encountered other hikers in the woods. We very lucky to have good sunny weather whole day with just a few rain drops now and then. At one point we had a rest at meadow next to the road and enjoyed sun on our face.

We needed around half and hour to come to the main road. There were to many cars so we had to find some alternative ways through the woods. Some of them were little hard but it was fun in the end . After around 2 hours we reached our starting point at center of mountain Divcibare.Hiking in the mountains is not so easy after all but I felt totally relaxed and recharged . And gonna do it soon again. If you want to read about other interesting location I visited check out my review of Ada Bojana beach.