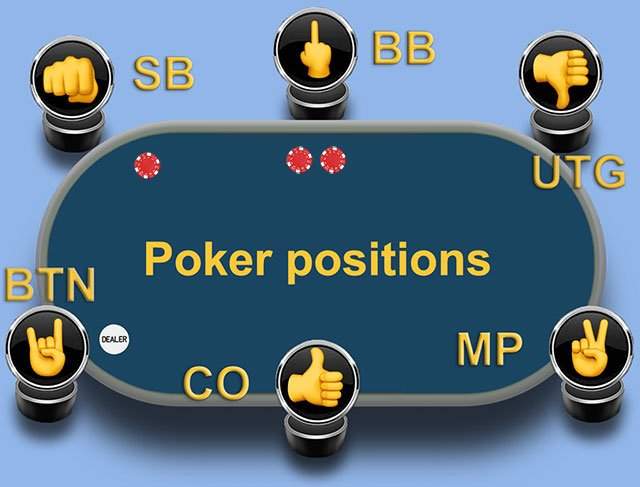 First thing you should learn if you want to start with short handed (6max) Texas Holdem Poker is positions on the table. If you are a total beginner I would suggest starting first with full ring (9 handed) table since it is easier and much less aggressive. You can find poker preflop charts and guide here.

All hole cards combinations player could be holding at specific situation is called RANGE. If you already experienced player you should know that all positions are fully mathematically calculated using solvers like PIO solver.  Those ranges are called GTO( Game Theory Optimal) ranges. That means in order to play perfectly against players who are also playing perfectly preflop you should stick to these hole cards.  Many pro players are strictly GTO oriented and will try hard to copy solvers in all situations especially preflop. This is definitely not wrong approach but in my experience and analyzing databases I moved a bit from those ranges. I will give you exact hands I suggest playing and will try to explain how and why should you move a little away from GTO approach and exploit profitable situations and different table dynamics.

First position is called UTG(Under the Gun). Since you will be out of positions on the flop against whole table except blinds you should still stick to pretty narrow range. GTO approach will have some extra and some less hands compared to my suggested one. For example KJ, AT and K7s,K8s is added and 56s+ is removed. I simply realized on big samples (when I tried to play strictly GTO) that I am loosing money from UTG with KJ and I realized I am winning with suited connectors. That can be due to me playing some holdings wrongly or that my opponents are responding differently than solver expected.

If there are 2 players behind you who are extremely aggressive and reraise friendly you should remove 67s-T9s and 55,66. But that will usually not be the case. If there is fish in the blinds you should add 22+, K7s+,T8s,AT and 45s+. Recommended open size is 2.5 BB. Here is the range. I will also include all ranges in a single file on the end of article.

When UTG folds and we are in middle position now we have one less player to worry about and we can open a little wider. In this position solver likes to open around 22% I would also suggest opening around 22% but little different range. I removed few weaker offsuit holding, weak suited K and Q and added again more connectors and small pairs. Against aggressive players behind remove AT, KJ,65s-78s,22-55. When there is fish in the blinds add K5s,Q8s,45s. Recommended open raise size is 2.3 BB.

With 2 players already out we can start going a little crazy and opening really wide especially against weaker players in the blinds. Only reason to open less hands should be very aggressive 3b from button reraising more than 15%. In this case you should remove  K4s, Q6s,J7s,K9 and A7. Also you should very aggressively 4b around 20% to punish him for restealing so wide. In other cases stick to poker preflop charts. Recommended open raise size is 2.2 BB.

When we are on dealer position with only 2 players out of positions behind us we should start going totally berserk and opening as wide as 55%. GTO will open around 43% but in my opinion there is no reason not to open wide this range except if there are 2 very tough and aggressive regs in the blinds. In this case remove K5-K7, Q7,Q8,J2s-J4s,63s,74s,42s. Recommended open raise size is 2.1 BB.

This is very tricky position to master. Way you gonna play will be very dependant on your opponent in BB. HUD stats that are absolutely necessary are”fold to STEAL” and positional 3b. If your opponent have fold to steal of 40% and 3b of 20% you have to narrow down your opening range to 35-40% so even smaller than from the button (since we are now out of position). If your opponent have fold to steal of 70% or bigger than you should open 100% of hands. You have auto profit spot. You can even reduce your sizing to 2.5 BB against those players since they are responding poorly and they will not adapt. Every time they 3b and you do not have premium holding just fold.

So this chart I will provide is for play against decent regular playing 26/20 with 3b of 15% but you should deviate from the chart very often against many different opponents. Recommended open raise size is 3 BB.

My advice is to almost always enter the pot with a raise. Not all players will do that. Some of them will just limp (pay the blind). Usually those are bad passive players with weak holdings and we can just raise after them. Occasionally player can limp with AA or KK and wait for a raise so he can reraise. We should be observant and pay attention to our opponents. When we suspect this player could have a strong holding we should just limp behind him with suited connectors and pairs. These are rare occasions and usually we should make isolation raise using poker preflop charts and try to play in position against the limper. Recommended isolation size in position is 4bb, out of position 5bb. Add one big blind for every limper.

Learn the charts, memorize them. Know exactly in every moment in what position you are and what poker preflop charts you should be using. This will improve you game drastically and will give you time to focus on more important decision during the hand. Also do not follow charts blindly. Adapt to you opponents. Always be observant who is entering table and how that will affect the game. In live settings pay attention how is guy dressed. Does he have a suit and fancy shoes or nike t-shirt, sneakers and headphones? How likely he is reg or recreational player ? Will he be passive or aggressive ? In online game pay attention to all player stats. Learn how to use them when situation arise. If you are new to HUD and stats check out this article.