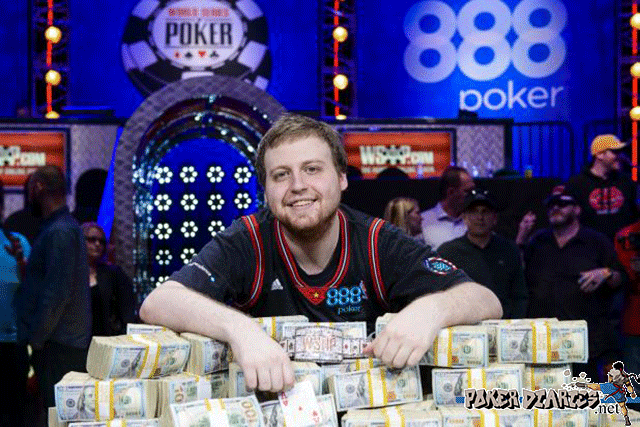 So poker tournament vs cash game what is better ? What are differences ? What is more profitable ? Can you be successful in both ?
I will give you insight about these poker variations and help you chose what should you play.

So lets start with explaining the structure.

So if you finish in one of top 3 you will receive prize and if you don’t you are out without any money.

In poker cash game you participate by buying in for some amount of chips. Usually there is max and min buy in for specific game and limit. These chips  DO represent money. If you buy in for 200$ you will have 200$ in chips and you can leave and cash-out anytime you like.

There is one huge difference in game flow. In tournaments blinds increase all the time and in cash game they are fixed. Reason for this is that tournament need to finish and have a winner so constant increasing the blinds will force players without chips out, sooner or later.  This is the reason tournament is much bigger gamble than cash game. You just have to double up or blinds will get to big for your stack. We see many crazy situations this way. Going all in with small pocket pair, mediocre ace or even weak hand as K9 is pretty common when players are low on chips. This way players are making a big gamble and hoping they will double up or pick up the blinds.


So to win tournament you have to get really lucky especially if it is a big tournament like WSOP Main Event. I am not saying there is no skill involved. Far from that but luck is also a huge factor. Some of the best tournaments players are very skilled, but even best player can go for 5/6 years without winning a tournament ! Very long time indeed.

On the other hand in cash game if you are good player there is pretty much no need to ever go all in with 33 or A9. You just don’t need to gamble so much because blinds are fixed. Lets say you do not get any good hands for 3 hours of play. You just fold everything. This way you will loose only 1.5 big blinds for every 9 hands. And you can just decide to cash out with small looses and continue other time. You are not forced to gamble with mediocre hands because you do not need to double up in order to continue playing. Strikes of the bad luck even out pretty fast so any cash game player who is loosing for more than 1 month is probably just a bad player ( or playing against much better opponents).

Can you be successful at both ?

Usually not. They are quite different. Most players specialize for one game. There are of course many players with great results in cash games and tournaments like Phil Ivey or Doyle Brunson. If you don’t know already these two guys are one of the best players all time and maybe most famous and well recognized. So there are many opposite examples. Phil Hellmuth one of the best all time tournament players, guy who have all time most WSOP bracelets is famously unsuccessful in televised cash games. He got totally destroyed every time. Why ?

He just don’t have some very important skills for cash game like knowledge of deep stack play, patience, composure and most importantly tilt control. In tournament for example tilt is much less important factor. If you are out you are out. You lost your buy in and you wait for the next tournament. In cash game you can always rebuy and of course lose more if you are not mentally prepared.

Poker tournament vs cash game : what should you play ?

This entirely depends on your goals. If you are in for fun and thrill of the game tournaments can be your game. They are easier to master. Luck is a huge factor and it is fun. It really is. It is always a cool feeling when you win the tournament. Also if you get lucky you can make a lot of money in a very short period of time. One of the famous tournament poker stories started a poker boom in 2003.

Chris Moneymaker ( yes he actually changed his family name ) won satelite tournament for 50$. This gave him entrance to WSOP main event with 10 000$ buy in. After epic heads up battle against Sammy Fahra he ended up winning 2.5 million dollars!  This started a big poker boom and is now knows as Moneymaker effect.  Many more people started to play and chased a dream of winning big one day.

As much as this story is romantic and movie like most of players will end up loosing. And again if you are in for the thrill of game and chance for big score just stick to tournaments. If you are in for the more competitive game and also steady income than go with the cash games. They are much harder to master but are NOT luck dependent and you can make stable living if you are good enough. There are also players making a living by playing tournaments like poker phenom Fedor Holz.

Fedor absolutely destroyed tournament scene for few years. Than he retired and did not play for some time than he returned and won few major tournaments in 2020 for more than 2 million dollars! Even though he is very good player with great knowledge about game he is obviously running like God. If you are running that good for such a long time your best bet is to stick with tournaments.

Your first contact with the game should be at tournaments or full ring cash game. They are similar, both played with 9 players at the table with main difference in blinds structure. Later you can decide to specialize in one game. Cash game will always be much harder to master since you are often in deep stack situation where every decision counts and your composure and mental state plays great part in your skill.

If you decide to go with tournaments I would advice to play some smaller cash game on the side just for purpose of improving your skill and game understanding. It will greatly influence your judgment and understanding of mathematics and psychology.

If you want to learn the game start with poker positions and starting hands.

Wish you good luck on your poker journey 😉